War Mages is out on the Play Store! 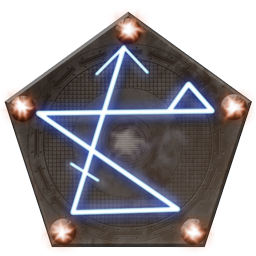 It’s been one hell of a month. Since starting over in the 18th it’s been non-stop go go go to get this thing up and running.

Overall I’m really pleased with how well it turned out. I have a lot of little secondary features I want to add to it, but I think I need a week to recover.

It will be an interesting thing to see if the game finds any kind of an audience, I’m not aware of there being a whole lot of multi-player games on a single tablet yet.  However I think that it will be one of those kinds of genres where people can pop down for 5 – 10 min with a friend while waiting for the bus and play a game. 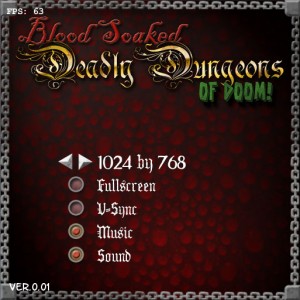 Ok so some more sheep have been done but it’s time to assess the situation and get a firm grasp of where exactly I stand.   But first a picture of the prototype tuckbox that the game will be shipping with (some assembly  required) 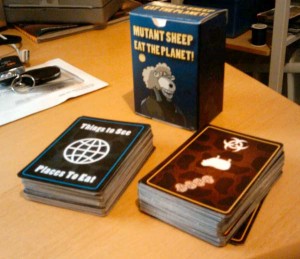 Why Include something as silly as a tuckbox, when it will surely impact the bottom line One might ask.  Well the answer is simple,  with the last couple playtests it’s become obvious that the system of green tokens to track the value of the current place is massively cumbersome.  So I decided to put in a little track sheet that you can just put a couple counters on to track the value of the current place as it is eaten.  And the price difference between a 4×4 board and a board big enough to have a tuckbox to be cut out is negligible. So the tuck box is almost free.

But anyway… back to the current state of the game development process.    So it turns out that 85% of the time it’s taking is art.  That’s right.  It’s taking much much longer to draw silly sheep than it is to creating the game and the cards and exporting them and uploading them and writing / editing the rules etc. etc.

As of RIGHT NOW, I have Drawn and Painted 60 of 125 sheep.  Of those 50 have been placed into their final art location in the inDesign files that are the decks.

I have 65 sheep left to Draw, ink, and paint.   A happy estimate would be that if I totally buckle down I can probably do a sheep every 2 hours, maybe a bit more.  So let’s call it 90 min.  So that’s just a hair short of 100hrs of ART work left to do.  Not too terribly bad.

Other than that I probably have 6 hours of editing and tweaking on the cards’ text to make sure they’re clear and are easier to understand.

Then toss in the other little things like re-writing the rules and finalizing the web and packaging art, realistically it’s probably closer to 120 hrs of work.

That’s some really long weekends in my immediate future if I’m to hit my goal of having it launched by my birthday.

Time to buckle up, it’s gonna be one helluva ride to see if I can do this. 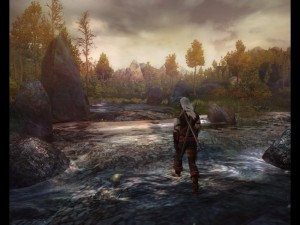 Looks like the guys who make the Witcher couldnt contain themselves any longer.

Sources report that “The Witcher: Enhanced edition” is popping out today.   The big decision is, buy it off stardock, steam or wait for the box to hit stores and get the extra goodies.  I’m partial to stardock, but steam’s platform is better and I like goodies.

Well I guess there are worse problems to face.
[edit: steam offers 10% off until the 16th]